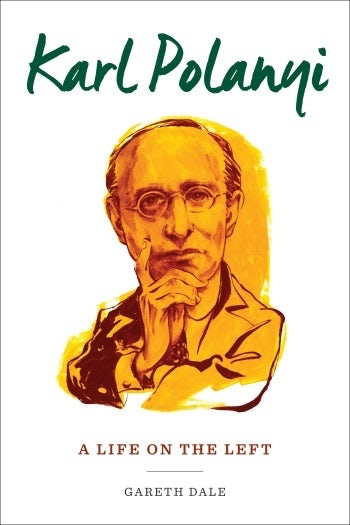 Karl Polanyi- A Life on the Left

Karl Polanyi (1886–1964) was one of the twentieth century’s most original interpreters of the market economy. His penetrating analysis of globalization’s disruptions and the Great Depression’s underlying causes still serves as an effective counterargument to free market fundamentalism. This biography shows how the major personal and historical events of his life transformed him from a bourgeois radical into a Christian socialist but also informed his ambivalent stance on social democracy, communism, the New Deal, and the shifting intellectual scene of postwar America.

The book begins with Polanyi’s childhood in the Habsburg Empire and his involvement with the Great War and Hungary’s postwar revolution. It connects Polanyi’s idealistic radicalism to the political promise and intellectual ferment of Red Vienna and the horror of fascism. The narrative revisits Polanyi’s oeuvre in English, German, and Hungarian, includes exhaustive research in five archives, and features interviews with Polanyi’s daughter, students, and colleagues, clarifying the contradictory aspects of the thinker’s work. These personal accounts also shed light on Polanyi’s connections to scholars, Christians, atheists, journalists, hot and cold warriors, and socialists of all stripes. Karl Polanyi: A Life on the Left engages with Polanyi’s biography as a reflection and condensation of extraordinary times. It highlights the historical ruptures, tensions, and upheavals that the thinker sought to capture and comprehend and, in telling his story, engages with the intellectual and political history of a turbulent epoch.

Link to the publisher